Mara West > Blog > News > How does Safari in Masai Mara Compare with other Popular Game Reserves in Africa?

How does Safari in Masai Mara Compare with other Popular Game Reserves in Africa?

You’ve probably heard great things about the game viewing in Masai Mara. Indeed, the wildlife is varied and plentiful, providing ample opportunities for great photos and sight seeing. But let see how a safari in Masai Mara compares with other popular game reserves in Africa.

For starters, Masai Mara is widely known to have one of the highest lion densities in the world. The large landmasses of some of the other well-known wildlife reserves in Africa can make it difficult to spot game, as the animals tend to spread out over vast areas. Safari vehicles may track lions for days without any success. However, if you’re one who is seeking a close encounter with one of these magnificent beasts then you will not be disappointed at Masai Mara!

The thriving population of African elephants is another appeal of Masai Mara. Unfortunately, this species has suffered at the hands of poachers and the numbers are rapidly declining across Africa. The Masai Mara National Reserve has made significant efforts to protect its elephants through its anti-poaching campaign. In fact, because the park has done such a good job of protecting them the elephants are known for being exceptionally comfortable with safari vehicles hanging around in close proximity. The Masai Mara elephants are considerably more relaxed then those in other wildlife reserves, allowing visitors to get a more up-close and personal encounter with them.

For those of you who are big cheetah fans you can have some truly exceptional experiences on your Masai Mara safari with these animals. They have been known to lounge leisurely in the shade of safari vehicles, and even hop on top of the hood to get a better view of their prey in the distance. It really doesn’t get much better than that! 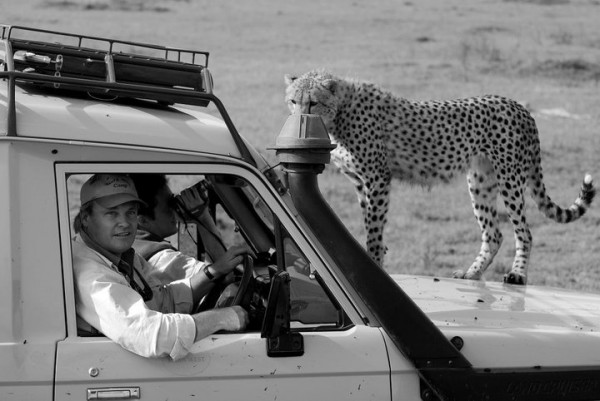 In addition to the above mentioned, Masai Mara is home to many more wildlife species including all of Africa’s Big Five. Masai Mara is a terrific choice for visitors looking to get a well-rounded wildlife viewing experience.